"Hope will never be silent."
- Harvey Milk
Do you remember saying that as a kid? "Don't be gay!!"? It's interesting, thinking about the different meanings of the word "gay" and how those meanings speak to our society today.

1. (a) Happily excited: MERRY <in a gay mood;
(b) Keenly alive and exuberant: having or inducing high spirits <a bird's gay song>

2. (a) BRIGHT, LIVELY <gay sunny meadows>
(b) brilliant in colour

3. given to social pleasures: also LICENTIOUS

OK. So let's start out by clarifying that I am not gay. I would define myself as "straight but not narrow". But I am continuously mystified and baffled by how much energy is spent by some people on trying to keep us in the dark ages. Not the "bright and lively" age that should be the present. All human beings are "brilliant in colour', be them straight, gay, bisexual, transgendered, black, white or purple. But not everyone sees this.

Is it not fair to say that all human beings should have the right to be happy, and dare I say, merry? And does it not make sense that in order for all human beings to be given a fair opportunity to be keenly alive and live exuberant lives, that they should all be treated equally and with acceptance and respect?

Really...I am not here to preach. I'm a lover not a fighter. But I ask you to really think about this. I ask you to take a look at your deepest feelings on issues such as gay marriage. Maybe you feel as I do - that we have much more important things to worry and focus on than trying to hinder anyone from getting married, adopting children, living the lives they want to live - no matter what their sexual orientation- provided they meet the requirements of any heterosexual person. 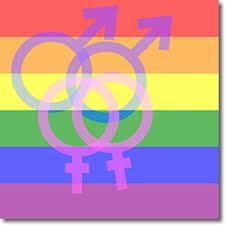 And yet gay rights still is - because it must be - a huge movement. Because there are enough people who don't see that letting people be happy, be merry, be authentic, be who they are...is important.

Why do I write this today? Because is makes me mad. And sad. And because I have wonderful gay friends. And because I am a parent. I want to raise loving, kind and accepting boys and I feel it is our generation's responsibility to to do this for all of our children...gay or straight or whatever they happen to be...as best as we possibly can. 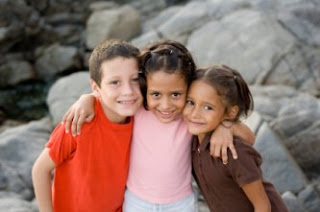 Talk to your kids. Let your voice be heard. Because one day soon they will be doing the talking. They will have the voices. And may those voices sing. Sing the beautiful, exuberant songs...just like the birds.

And may those songs be music to everyone's ears.

Say a Prayer
An Attitude of Gratitude - How Bad Experiences Bring Your Life Perspective
Posted by Lora Rossi at 00:15