There is an enduring tenderness in the love of a mother to a son that
transcends all other affections of the heart.
– Washington Irving
I always wanted a sister.

I sought a sibling to play house with, to talk about boys with and to share clothes with. I grew up the oldest of three and I remember being at our neighbour's house at the age of eight along with my little brother anxiously awaiting a call from the hospital. When my father called with the news that I had another brother I was not particularly amused. Of course, I loved my brothers to death, but in the midst of all the noise, hockey games, Star Wars figures and episodes of the Dukes of Hazard I always had in the back of my mind "hopefully I will one day have a daughter."

I am the mother of three boys.

When I had my first son Julian I, of course, fell in love instantly. I thought, hey, that's OK, this is the 21st century! I am sure my son will learn to enjoy some of the "finer things in life". I mean, would it not be politically incorrect to only steer him towards traditionally male toys and activities?
﻿﻿
No steering required.

Julian's first word after the compulsory "Mama" and "Dada" was "car" and from there his love affair with moving vehicles only continued to flourish. So I played the game. If we passed a construction site I recall getting rather excited to show him because like any mother, I love to see my child squeal with delight. I remember when Julian was no older than three and saying to him "look at that big shovel!" and then being promptly corrected. "That's not a shovel Mommy, that's called a back loader." Duh.


When I was pregnant with my second child, my mother asked me if she thought it would be a good idea to give Julian a baby doll so that he could get used to the concept of having a new baby in the house. She thought he would enjoy having his own little baby to hold and feed "just like Mommy". I thought she was delusional. But I humoured her. Julian opened his gift and was relatively unsure about the whole thing. We showed him how he could feed the baby a bottle and rock the baby and put the baby to bed. That was interesting for precisely 23 seconds at which point he discovered that the miniature baby bottle resembled a rocket ship and the countdown to blast off began.

In March of 2004 I gave birth to another healthy, beautiful baby boy named Noah. When the doctor held him up for me to see, again it was love at first sight. But as happy as I was, there was a quiet minor chord of disenchantment playing over in my head. Since my husband and I had already decided that two children seemed like a good number, I thought to myself 'I guess this is it. I guess I won't ever have a daughter.' I didn't say it out loud for fear of sounding ungrateful for my magnificent, healthy boys, but it was there and it was real.

I lay in my hospital bed and wept.

Everyone understood that I was hormonally imbalanced and in pain after my c-section, but I felt an undercurrent of sadness. Some of my tears were due to the fact that I was mourning the loss of the little girl I had always wanted yet may never have.
And so Julian and Noah grew and I started to hear echoes from my childhood. I am regularly reminded of my brothers' penchant for intricate flatulation competitions. Members of the male species have what I find to be a rather peculiar enthrallment with anything that smells bad. Exhibit A: the hockey bag and the complete and utter lack of concern if anything in it ever sees a washing machine and all of the glorious fragrance that goes along with it. Exhibit B: (Now how do I say this with any form of elegance?) Well let's just put it out there. Boys like poo. "What do you want for snack today sweetie?" "Poo!" "My love, what is that you're making with your play-doh?" "A big, smelly poo!" Noah is seven now and it will not surprise me in the least if he comes to me on one of his show and tell days asking if he can bring one of his prized toilet treasures in a jar to lavish his friends with its beauty and have them all marvel at its lovely aroma.
﻿﻿﻿﻿At least about half of the class with be mesmerized.

I had a moment of hope when they took me up on my suggestion that we watch "The Little Mermaid" on DVD one afternoon. About ten minutes into the film Noah stood up to proclaim "There's a shark Mommy! Look at the big, bad shark breaking everything with his scary, sharp teeth!" I looked to Julian for his feedback to which he said "Awesome! Can you rewind that part?" I am now fairly certain that I have seen the same three-minute clip from "The Little Mermaid" more times than Wayne Gretzky has scored goals. 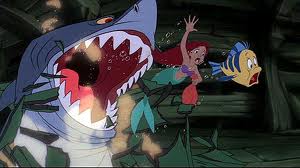 May I interject here and add that a few things scare me as I type this. One: I use hockey references way too often. Two: I actually had to pause to decide which hockey player I was going to reference - Alexander Ovechkin? Sidney Crosby perhaps? (As you can see I went old-school on this one). Three: I am reminded that when the Hockey Night in Canada theme song was yanked I was so troubled that I swore like a sailor. How lady-like.

And then there were five.
Little Drew arrived in 2010, Yes...a hat trick. (How many times have I said this? So not funny anymore.) Not exactly the plan, but a wonderful surprise none the less. He has his oldest brother's face and his other brother's penchance for making funny noises and hearty laughter. They are all beautiful.
﻿
﻿

So, I probably will never see an Easy Bake Oven on our toy shelf. The word "quiet" is swiftly removing itself from my vocabulary. I am quite accustomed to warming my cold hands with my Tim Horton's cup at the hockey rink and stepping on sharp pieces of Lego and displaced dinky cars.

I have accepted that I probably won't ever have the daughter that I dreamt of. More importantly, I am learning that there is something very extraordinary about a mother's bond with her son; something only the mother of a boy can comprehend. I have noticed that every time I refer to "my boys" I beam with pride. And I now know that I have exactly what I always wanted.

It doesn't matter whether I am playing with a Barbie doll or a dump truck, it is the laughter and smiles of my children that fill me with a happiness I never knew existed. It is the look of joy mixed with mischief in their eyes that makes me melt because if I pause for just a moment, that is where I see a clear reflection of my heart.

Now if you'll all excuse me, Sports Centre Connected is going to start soon and the boys are begging me to hurry up and finish the next chapter of Captain Underpants and the Perilous Plot of Professor Poopypants. And frankly, I can't wait to find out what happens next.
Oh boy!
Smiles,
Lora
Suggested Reading

Confessions of a Hockey Mom
Mother Guilt: I Have it and I Feel Guilty About That
The Mommy Wars
For Crying Out Loud!
Posted by Lora Rossi at 00:30