Stream-of-Consciousness Friday Night Post (OK, it is really Saturday, but whatever...)

"Quotes about stream-of-consciousness writing are kind of a dumb concept because quotable quotes are usualy thoughtful and deep and this one clearly is not."
- Lora Rossi
So here I sit at my computer at 10:40pm exactly and I feel like I need to post something...to write something because I am feeling overwhelmed a bit. Just so much on my mind today. Thoughts going all over the place. So I thought I would do a total, complete stream-of-consciousness thing here where whatever comes out comes out and whatever it becomes will be posted. The only thing I will do is a quick spell check because otherwise I will completely embarrass myself cause I can't spell to save my life. A writer who can't spell. Frick.
Anyways, I spent the better part of today - from about 11:30am until 7:00pm at the local Starbucks getting caffeine-faced on multiple coffee beverages and writing. Yeah....that's right...or write...or wrong...or left...whatever...but yeah...so I was there for a while just going, going, going.
And then what did I do when I got home? I spent a bit of time with my kids of course...got into the present moment for a few...and then when they went to bed ate something...yummy leftovers from the really nice pork tenderloin dinner I made last night and no one ate cause no one ended up being home for dinner except me. I frickin hate that. But...more for me.
And then while I ate I watched some bad tabloid TV about a wife and her late husband's best friend who happened to be a pastor who were accused of killing the husband. I don't really know how it turned out because now I am at my computer talking to you. Maybe she was just pissed off cause he wouldn't give her more coffee when she wanted it. Who knows.
Yeah...after a full day of writing - a magazine article and an article for a big website I am really excited about...and I felt like writing more. Is there a fine line between a passion and an obsession and an addiction?
Perhaps. Perhaps not so much.
Hmmmm...something to ponder in a future post I think. But for now I will tell you I have really gotten going on Twitter in the past week. I never really used it before and now I have some really cool people following me. And I am meeting some cool moms, local celebrities, decorators, bloggers, writers, you name it...I am tweeting like a frickin bird on a wire.
﻿﻿
﻿﻿

And speaking of birds, there is my baby crying. Hold on will ya?
Oh thanks sweetie. My husband "beat" me to it. "Beat it! Beat it!" (Sorry - brief Michael Jackson moment. RIP).
I guess I was a little slow out of the gate there. I admit, I just had a little rolo ice cream pop thing and it was frickin good but kinda sittin in my tummy like it is in a foreign country. Caffeine, sugar and a little pork. Hmmmm...great food for the brain. And diet pop with lots of shitty sugar substitutes. I gotta stop that but the President's Choice Diet Pomegranate is pretty damned tasty. Too bad we don't have vodka. Then I think I would have all the food groups covered for the day.
So I also got a few people contacting me about guest posting here at The Hugging Home...and also people contacting me about doing guest posting on their websites. Frickin' aces! (Oh my God that sounded so lame.) Anyways...it is almost as lame am me following Justin Beiber on Twitter but guess what? He followed me back so how'd ya like dem apples!?!? (That was for you 12 year old girls out there, in which case go to bed and go read a more age-appropriate blog!!)
And speaking of my healthy diet, that does remind me that I did have the forethought to take an apple with me to Starbucks which I did consume. So there. The doctor will stay away for at least one more day and I consider it a tribute to amazing teachers everywhere.
My back hurts. I have this new little compact office secretary desk thing that is actually quite cute - my husband actually called it "The Hugging Home" as a joke, cause it is white-washed wood with doors and has a little light and pics of the kids and little things that make me happy and my writing notes and computer and...well...you get the point. But I am sittin on this little sea grass ottoman that is quite lovely I must say, but not really made for sitting at a computer for hours on end. But sometimes it is better to look good than to feel good...and I look maaahhhhh-vah-lous! Frankly, though, I would rather be sittin on the dock of the bay...watchin the tide roll away. But I'm wasting time at least. 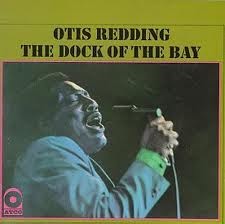 OK, I lie. I don't look marvelous at all. I look like shit. My hair is a mess. Looks worse than Justin's that's for sure. I am wearing very short yoga shorts because it is humid - even though my ample thighs warrant a tad more coverage, and a thin, white, low-cut t-shit with an empire waist that makes me look both pregnant and quite boobified, despite the fact that the only reason I have boobs is because of the rolo ice cream treats I keep eating. And my husband appreciates the look none the less. Too bad I am busy writing. Again. Sorry hon. Priorities. Who needs sex? Who needs sleep?
Oh frick. Perhaps I should go talk to him a little. I have hardly say anything to him today at all because of the kids and the writing and his day trip to his sister's place for a fun swim with the boys. So mommy could write and write and write.
Is that right? To love to write? It is, right? No? It's wrong, you mean? Or just a little left of right?
In any case, I do know that Who is on first, What's on second...or was that third base?
As you can clearly see, the caffeine is wearing off and I am starting to crash. So before I just keep writing and writing and writing until I fall aslee....zzzzzzzzzzzzzzzzzzzzzzzzzzz.
OUCH! Oh! Sorry! Crashed. Better get an ice pack.
Or another iced coffee perhaps?!?
Smilzzzzzzzz,
Lora
Posted by Lora Rossi at 00:21