So....what to write on the last day of the year?


I have already mused on resolutions, so I am not going to talk about that.

It is hard to know what to write about with all the things going through my (sick) head right now. And by "sick", I mean I am fighting a cold and the flu - although some may argue that I am a little sick in the head. LOL

But in all seriousness, it is a day of introspection, of reflection, of some hesitation even. 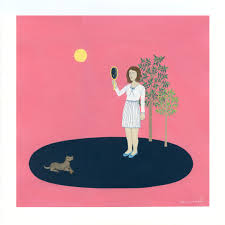 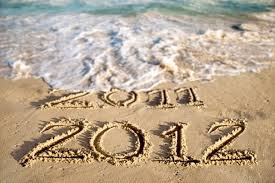 That is both exciting and scary. It is a fresh start and what with resolutions and goals and all the things that come with that, it is kinda daunting.

I have been at home raising my three boys.

I started this blog and have been sharing more of my writing with the world. This has been huge for me. Perhaps not for you - I realize - but as I have said - if it makes YOUR life richer, more fulfilled, more authentic, than it is most definitely a good thing (Martha would probably agree!)

And it scares me because I am VERY hard on myself. I guess that is one of the things I want to stop doing in the new year. That is, being so frickin hard on me.

I know I am and never will be any of these things.

I need to strive to be a "good enough" mother, wife, la la la. 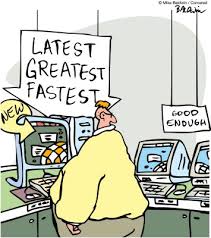 I need to recognize that "good enough", is, in fact, good enough.

My best is all I can be...and I am not always going to be at my best. No one can. We have our good days and our bad. And that is good enough.

Yes, I am busy. Yes, I have three active boys...hockey, homework, baby, la la la. I also have this blog. I also write otherwise. I do some work for a non-profit. I try to maintain balance - and Lordy-Lord I struggle.

But I get help.

A great deal of help.

My boys are good boys. my husband is a good husband. My parents are good parents. My mother-in-law is a good mother-in-law (really...she is!). If I didn't have these amazing people in my life I just may be flying over the cuckoo's nest right now.

2012 is going to be a good year. My family has had ups and downs like every other family, but we are relatively healthy and supportive of each other. People who don't have these things...well...I certainly don't know how THEY do it all. And to them I say, "May angels hold you tightly in their wings."

So on this last day of 2011, I will simply leave you all with this:

“Another fresh new year is here . . .
Another year to live!
To banish worry, doubt, and fear,
To love and laugh and give!

This bright new year is given me
To live each day with zest . . .
To daily grow and try to be
My highest and my best!

I have the opportunity
Once more to right some wrongs,
To pray for peace, to plant a tree,
And sing more joyful songs!” 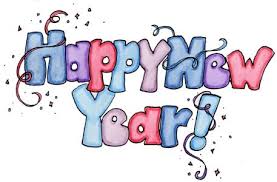 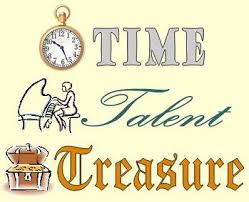 I am honoured to have recently been appointed as Canadian Awareness Director for compassion2one - a wonderful non-profit organization dedicated to saving children from the horrors of the sex trafficking trade - one child at a time.

As part of my new role, I am also an Editorial Contributor and am in the midst of an article series in hopes of bringing more awareness to this cause - especially in Canada.

Please read my first article in this series, entitled "Sex Trafficking in Canada: A Mother's Perspective"

I am now happy to bring you my second article in my series. In this season of giving, the focus of this piece is on what anyone can do to help by way of the three "Ts" of giving - time, talent or treasure.

Please read, give it some real thought, and let me know what you think. 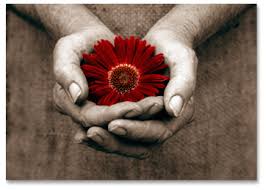 What can you give today?

Do you have New Year's resolutions? 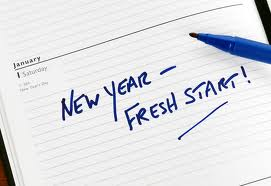 I try not too make to many, but this year I have a few habits I want to banish.

I would love to "fix" all the things about me that I am not happy with. Of course, we all do, don't we?

But making a sweeping list of the hundred-and-one items that we know we need to change is a recipe for failure.

Some people know about my resolutions. Some do not.

Some have to do with personal things. Some professional.

Meditate on that thought for a moment. I'll wait. 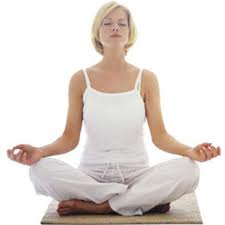 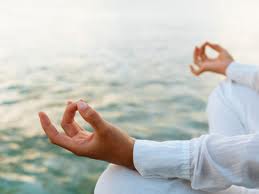 Now, the resolutions you are thinking about...are they realistic? Are they measurable? Pick some key targets. 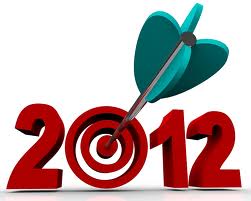 Resolutions are meant to help you, not demotivate. They indicate a fresh start of sorts - but if you slip along the way, it does not mean you have screwed up your plan. It is simply a small tumble. We all fall.

Your strength does not lie in being perfect.

Your strength lies in how well you brush yourself off and get back up. 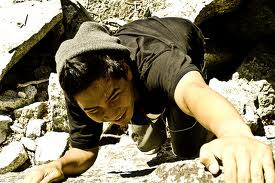 Lord knows, I get this.

You can decide on any specifics. You can be published without getting paid. I have been published all over the place both paid and unpaid - but they both give me exposure and experience as a writer. I learn from everything I do. That is important to ME. Again...ME.

Perhaps your marriage is needing a little help. Maybe you want to make things better. Instead of saying "I'm going to make my marriage better this year", try something like "I am going to plan a date night once a month" or "I am going to make an appointment with a marriage councillor by the end of January." 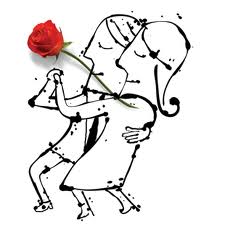 Of course, these are all just examples. It all depends on YOU. YOUR situation. YOUR wants. YOUR needs. Get it?

So go ahead. Make those resolutions. But keep it real peeps. Don't beat yourself up.

And make it about YOU.

Wishing you success and many blessings for 2012!

I live in a testosterone-fuelled home.


What can I say? It's a man eat woman world here in my humble abode and there ain't nothin' I can do to change that.

Of course...I would never want to.

I have a husband. I have three sons. And then there is me.

And one thing I have learned...and I actually learned this growing up with no sisters and two younger brothers...is that bathroom humour never gets old with the male demographic. 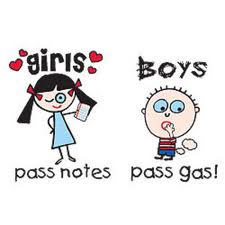 Guys rather enjoy anything having to do with bodily noises, bodily functions and their genitalia.

Going to the bathroom is something to be announced and celebrated.

And any word that could possibly mean "testicles"...well...I catch myself chuckling just thinking about it.

Obviously, I have joined "team boy".

Now I do draw the line. 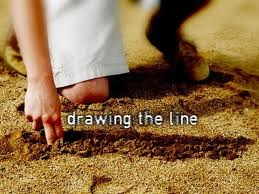 I don't make headline news out of my need to use the bathroom. This became very apparent when my then 6 year old son exclaimed (at the dinner table no less) that "Mommys don't poo".

Now, normally I would say "Can we not discuss this while we are eating?", but being on team boy, I thought this proclamation was funny, so I said "Why do you think that?"

He replied, "Because you never say "I'm going poo, or I have to take a dump!"

Of course...laughter all around. "Mommys do go poo" I broke to him. "We just don't announce it. We like to be private about those things."

"Yes. Everybody does. Now...can we not discuss this while we are eating?"

You mention balls, nuts, bag, sack or anything else that may - in another context - be used to speak of the testes...well...I'm sorry, but it is hilarious.

"Guys, who left their balls on the floor?" I ask. 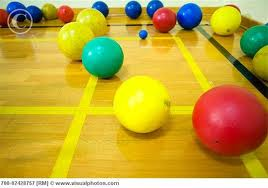 And I pause to decide if I am going to play or not.

"These are too small to be Daddy's balls!"

"Now pick up your balls...they are driving me nuts!"

Yes indeed I did. And now I am searching for other words...and laughing pretty hard.

"OK you little nut-balls. Stop driving me nuts and put your balls back in your bag!" Ha!

This reminds me of when my son tried chicken balls for the first time. He said "what are these?"

When I explained that they were actually deep-fried chicken BOOBS, he was not any more inclined to eat them.

So I then said they were actually chicken timbits and that, my friends, did the trick!

So it is December and let me tell ya, things really get fun during the holiday season!

What, with Santa's sack and the bowl of nuts and nutcrackers and Christmas balls...well, it is a veritable garden of funny quips and jokes just waiting to happen.

And of course, I love to put whoopee cushions in the stockings. That keeps my boys pretty busy and the laughter flowing for a good while!

Speaking of fake flatulence, my arms have been on the receiving end of fake farting contests - one son on each arm - more times than care to admit. Slobbery raspberries going off on each side, giggles getting louder with each one. By the end I have raspberry hickeys all over. Very attractive. And very funny. And then, of course, there are the countless fart apps on the iPhone.

But back to Christmas for a moment. Some suggested reading gift ideas:


Underarm farts are also fun...except I can't participate. I can't do it. I have asked my son to teach me, but I just don't have enough "boy" in me I guess. 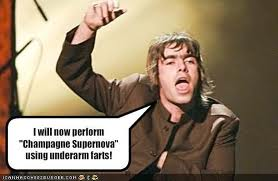 I continue to practice.

As for fake burping, I am going no where fast with this trick. I remember my cousin could burp the entire alphabet to the great delight of my brothers. 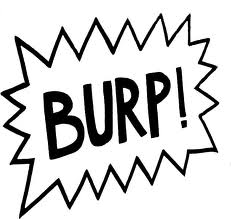 I think my mom found it funny too - and as the mother of two boys herself, I now understand why. Poor woman. She is now the grandmother to four boys. Thank God for the littlest - both in size and age - my angel niece. She just may save us all.

So yeah. I get it. All this bathroom humour is pretty funny, although sometimes I would just like to have a civilized conversation.

But until then, instead of saying "put a sack on it" I say "let them go nuts!".

I tell them to help me save on gas and fart in a jar.

Cause hey...they're having a ball.

And frankly, so am I.