I don't have a topic or an idea or a concept in mind. I just wanna write and so I start writing. 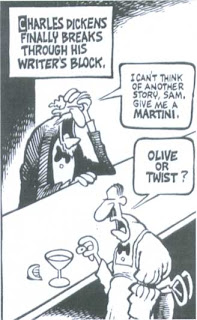 I have no idea what this post is gonna end up being about. Perhaps nothing.

But if Seinfeld can make a top-rated, hilarious television program about nothing, then I figure I am allowed to write a blog post about the same thing.


Good. Hey! Now I have a topic. I have something to write about.

Because nothing is something isn't it?

Otherwise, there wouldn't be a word for it. It would not be an "it".

Usually when I do these stream of consciousness type of posts where I don't even start with a topic, one quickly emerges. A simple thought, a word, a song on the radio, something one of my kids says in the background, whatever...sparks an idea that leads to a path that leads to a blog post about something.

And again...nothing is something, right? Or is it?

But I have this feeling that writing about nothing will not translate as well as making a funny sitcom about it. I have a sinking suspicion that you are already getting bored.

Sorry - but nothing is the topic I am sticking with.

So as a certain U.S. President once said, I must "stay the course".

"A thousand points of light."

Do you have any idea what that meant? "A thousand points of frickin' light?"


Well Bush said it. So I assume it was about a lot of nothing.

I have nothing in my stomach...I should eat something. Oh wait. I should eat nothing. In keeping with the topic at hand of course.

But lucky for you all it is lunch time.

And lunch is something indeed.

This blog post is brutal. I don't think I will try to write about nothing again.

But I won't beat myself up about it.