Everybody feels pain and hurt. 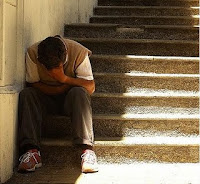 I just wrote about pain here in fact.

When I feel hurt I often find solace in music.

One song in particular usually comes to mind. You probably have heard it - Everybody Hurts by REM.

And here are the lyrics:


When your day is longAnd the night, the night is yours aloneWhen you're sure you've had enoughOf this life, well hang onDon't let yourself go'Cause everybody criesAnd everybody hurts sometimesSometimes everything is wrongNow it's time to sing alongWhen your day is night alone (Hold on, hold on)If you feel like letting go (Hold on)If you think you've had too muchOf this life, well hang onEverybody hurtsTake comfort in your friendsEverybody hurtsDon't throw your hand, oh noDon't throw your handIf you feel like you're aloneNo, no, no, you are not alone

This may seem like a very simplistic post and the message may look obvious...but when you are hurting sometimes you need to be presented with small, simple snippets of truth. Forget the long, drawn-out psycho-babble.

Yeah...so the central message here is that no matter how hard things seem...no matter how much you are hurting...you are not alone. And you need to hold on. Hurting is universal and it is also relative. Just because someone else is going through something that is seemingly way worse than what you are going through does not make what you feel any different. It still hurts like hell.

So if you are hurting...reach out to your loved ones. They love you and want to be there for you in your time of need. And they will reach out to you when the tables are turned.

And they will be turned one day.

Because everybody hurts sometimes.

So just hold on. 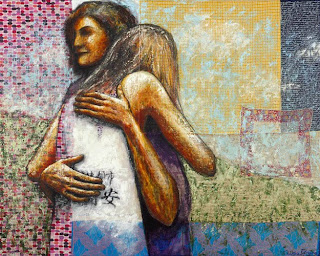