We Are All Actors

"Hope for the best, expect the worst.
Life is a play. We're unrehearsed."
- Mel Brooks

Do you ever feel like your life is a massive play and you are but one of the players within? And when you take a step back and look back at Act 1, Act 2, Act 3 and so on...you realize that this production is nothing like the script you had written way back when?

We are all actors.

And as the cliche goes, life is not a dress rehearsal.

You look in the mirror and the character looking back at you does not match the person within.

You feel like a fake...a fraud...putting on a masquerade for the other players and you assume you are the only one wearing a flashy mask.

You never really liked improv, and yet here you are now, making things up as you stumble along...not knowing the next line...forgetting if you should be walking to stage right or stage left.

You had your life planned as if every square on a grid was going to fall simply into place.

You have no idea, you spout out whatever pops into your head..which feels like it is going to explode from the claustrophobia you have developed from all of this confusion caught behind your mask. 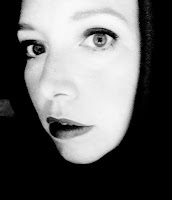 The elastic band is too tight.

Your voice...your voice is softer now...even slightly muzzled by the plaster of paris that threatens your ability to breathe comfortably.

But aren't plays...like movies...supposed to be representations of life - except with all the boring parts removed?

But this is life.

This is not a play.

What was your first clue???

In my regular, day-to-day life, I am usually in yoga pants, a hoodie and minimal-to-no makeup.

Here on my blog - for example - I like to portray characters. Versions of "myself" that I want to be.

But the real me...well...here are a few more pics.


Now I can be all of these things - fun-loving, confident, etc. And the pictures you see of me...and I know there are many...they are all me...but I am dressed up...fluffed up...decked out much of the time.

But here's the thing.

I am an actor.

(Warning: I'm about to go waaaaaay off onto a tangent here.)

But let's go back.

Once upon a time...I used to be a painfully shy child. 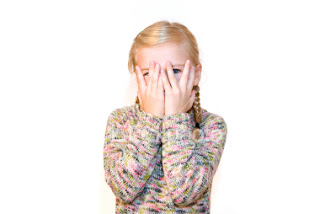 And then...at a family event at my family's church of all places...people - including my parents...got a small glimpse of my love of performing.

We had to get into small groups and put on a little scene up on the church auditorium stage.

All the others in my group were adults. I was the only child. I was pretty young...perhaps 7 or 8 years old.

It is a bit fuzzy in my memory...but I recall that I was playing a teacher and I had to get mad at all of the "students" arriving into my classroom late.

The irony of having this supposedly timid, little blonde girl up on that stage yelling at the top of her lungs at these adults was not lost on my parents...and they noticed...as did I...that I seemed to enjoy the response of the audience.

I was out of my shell and had on a "mask" of this mean, loud teacher...and I loved it!

And from that point on...I very slowly started to come out of my shy shell.

I played a few rolls in my elementary school plays...such as a queen and a "misery" (a sad, mean, menacing character with messy hair and missing teeth) and I was the understudy for Goldilocks (I think it was my straight, "Dorothy Hamil" bowl cut that ousted me from the main part...my best friend Krista had lovely, natural curls...she got it!)

In high-school, I took weekend acting classes (with Mia Kirshner no less...who moved on to become a successful actress - I will never forget when she told me I was a "good actor"!).

I then gained more confidence when I studied Improv at the famed The Second City in Toronto.

I was a 16 year old amongst a bunch of adults...and I loved it! I got my funny on and had a blast every Saturday afternoon when I travelled via subway downtown. I remember my instructor had studied and performed with the likes of great, Canadian comedians John Candy, Catherine O'Hara and Eugene Levy amongst other SCTV (Second City TV) greats!

Then I got the balls to try out for some school plays.

Now at my high school, being in the annual play was actually pretty cool.

At least, that's what us artsy-fartsy ones thought!

I tried out for Grease...and apparently didn't have enough "lightning"...and didn't make the cut.

I was discouraged...but not enough to give up.

The following year I decided to try out again.

This time, the production was not a musical...it was a dramatic play - "One Flew Over the Cuckoo's Nest". I was determined to get a small role. I wanted to be a part of this play!

I gave it all in my audition. Now this was a play with a lot of juicy male roles but few for the gals.

Nurse Ratched - the bitchy, mean, heartless head nurse was the female lead...and while I had no expectations of getting this part - I went into my audition and put on my best bitch.

And I got a call back! Yay me!

I figured - hey...I may get the role of a supporting nurse...or maybe one of the prostitutes...ya never know.

To make a long story short...when the final cast was posted...I couldn't believe my eyes when I saw my name second from the top...under the dude who got the male lead (made famous by Jack Nicholson in the movie you are probably most familiar with).

There is was. "NURSE RATCHED - Lora Breakey" (Breakey is my maiden name).

This may seem like small beans to many...but to me...at the time...it was a huge turning point.

The experience of playing the role of a strong (if not horrible!) woman in a play full of males playing troubled, mental institution patients was a confidence booster to say the least!

In my 5th and final year of high school, I got a solid, supporting role in Amadeus which was great fun. It provided me with the opportunity to improv a bit and be goofy. I was one of two "Venticelli" - basically jesters who ran about the set - in and out of the play - narrating and giving thoughts about the happenings in the story.


When I entered University, I went in as a Dramatic Arts major. I studied everything from acting, costume design, lighting design, production and Shakespeare. My minor was English. I enjoyed some of it...but I found myself reading and acting stuff that really didn't turn my crank much of the time.

It became more of a chore than the fun, dynamic, enlightening experience acting and reading had been in the past.

I switched to Sociology and Family & Child Studies after two years.

At the start of year three, I suffered a pretty bad case of anxiety and depression that led me to defer my studies for a year and go home.

As part of my recovery process, I joined an amateur theatre company called East Side Players in Toronto.

I did two productions with them - one on stage as an actor and one behind the scenes in costumes. I enjoyed the acting part the best...but it was a great group of people and again, I was having fun in the world of theatre.

I returned to University the following year to complete my degree and one day, my roomies (and close friends) noticed an ad in the city paper about an open casting call for The Guelph Little Theatre's production of Tennessee Williams' "The Glass Menagerie".

This is a classic, dramatic play with only four characters.

They dared me to go to the open call.

I love a dare.

And as luck (and maybe a hint of talent in there somewhere) would have it, I won one of the two, female parts in the show - the role of the young, shy, mousy Laura.

I had to drop a class in order to fit the rehearsal schedule in with my school, but it was worth it (I made up the extra class the following summer via a distance class and graduated in the fall).

The play was a success and a large photo of the woman who played my mother and me showed up on the front page of the very newspaper that had the casting call notice in it months before along with a glowing review.

The director of "Menagerie" was directing the next production as well and asked me to be a part of it. He had a specific role in mind...but I decided I needed to dedicate the rest of the school year to my studies. I was flattered though!

The school year ended and by the time my exams were done I had secured a job as an Underwriter at a large insurance company of all things.

I was accepted to a post-graduate program in media-copywriting but decided at the time I liked getting a pay check and then I found a boyfriend (who is now my husband) and life continued.

And here I am now...never having acted again since "Menagerie"...and yet I still feel like a actor.

Hey...I even collect little animals. Except they are ceramic, not glass. And my name is Laura. Except it is spelled "Lora" not "Laura".

I do still feel like I am an actor.

Losing myself in the roles of wife...mother...employee...and here I am back talking about being an "actor" in the more poetic, metaphorical sense.

I am working to peel back the layers of the masks that I wear...trying to find that Lora again. I will still be a mother...and whatever other roles I maintain...but I want to make sure that when I look in the mirror...

I recognize the person staring back...

(And hopefully one day...I will get on stage again!)