"If it sparkles...I will find it!"
- Jarvis Emerald 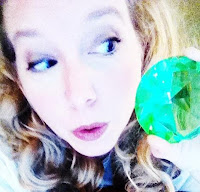 Recently an honour of great esteem and honour was bestowed upon me by a fellow Toronto-based blogger.

This dude is pretty awesome. In fact...he is a GEM!

His name is Jarvis Emerald.

Pulled straight for his great website Daily GEMS, here is a little backgrounder about Jarvis and what his site is all about! 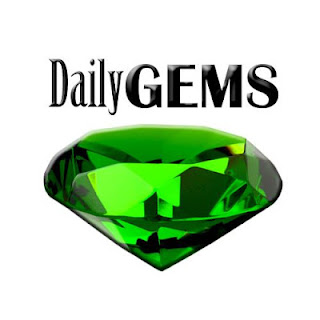 Looking for something fun to do in Toronto? This is a Daily Video Blog featuring Discoveries of The GEMS of Toronto. It’s great for both tourists AND locals. Have you ever wanted to know the BEST Stores, Events, Workshops, or any of the the City’s hidden GEMS, BEFORE you go looking?
These videos highlight the BEST of the place, person or thing the GEM has to offer. My Name is Jarvis Emerald, and I am hoping to create a positive CHANGE in the communities of Toronto.
I believe by making a ‘best of’ video of stores and businesses along with people in the community, a fear of the unknown will be dispelled and customers, like yourself, and will be more likely to go into these Hidden GEMS. By highlighting the GEMS in the way of a video tour, not only does a customer want to come back, but has a reason to, when they go home, experience the video and want to return for something additional they may have missed.
As well, You have the option to share it with your friends and family. This encourages participation of the trip or even shows them where you were. Videos CAN also be watched WHILE at the store preventing walk outs. This creates a positive culture.
GEMS are selected without bias to race, religion, culture or creed. Let Me help YOU, help Our communities to THRIVE by watching videos regularly and asking you to share this page. Leave comments and suggestions also. Thank you.
Cool beans right?
I love Toronto. I was born in Toronto. I was raised in Toronto. I owned a home in Toronto. And to be honest, I often miss living there now. We sold our Toronto home back in 2006. We had two young boys and a nice, large house...but a very small yard. Actually, it was a back deck. Not exactly a place the boys could use to run and play.
So we now live in a smaller home in Mississauga (a city just West of Toronto) with an expansive outdoor property. We have about 150 trees and because we are on a corner lot, two large side yards and a big front yard. The boys love it - it is like a having their own park...which is great as they love sports and all the other things boys love.
But I digress.
My heart remains in "The Beach" area of Toronto. Memories of walks on the boardwalk and along Queen Street East with my family and friends...going to Licks for burgers and "The Goof" for Chinese...going to "The Fox" to catch a movie and having breakfast at The Sunset Grill...well...I could go on.
But for now I remain here. My folks still live in the house I grew up in. I love visiting. So do my boys.
Why am I telling you all of this?
Well...I am well aware that there are many GEMS in Toronto...but even as someone who grew up there...I really have no idea. But Jarvis does. He scours the city for GEMS that even the most loyal inhabitant may not know about. And then he films. And talks. And shares.
And gives out emerald GEMS to people he feels bring "sparkle" to his city. (OK...they are not genuine emeralds - I don't think Jarvis is THAT generous - but the concept is very cool. People take their picture with their GEM and Jarvis celebrates their sparkle on his site.
And so...here is something really cool. Well...to me, anyways.
Jarvis was kind enough to make me...yes...little, ol' me...one of his "Daily GEMS" of Toronto! Jarvis has been a loyal reader and supporter of this blog and he saw my "sparkle".
He said I was a blogger GEM...and I am tickled!

Jarvis mailed me two big GEMS and asked that I take my photo with it for his site.
So...here are a few of the photos! 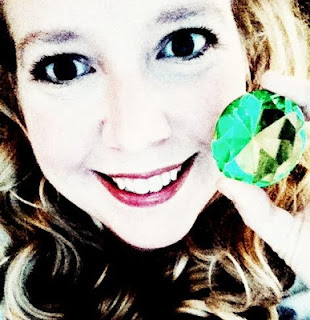 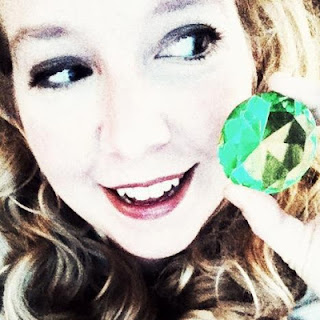 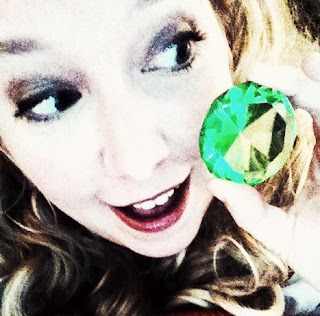 So...if you are from Toronto and want to discover some coolio places to explore in your city...check out Daily GEMS! If you are going to be visiting Toronto...again...check out Daily GEMS! And finally, if you know of a Toronto GEM...let Jarvis know! He is always on the hunt for the latest and greatest of what shines and sparkles!
And if you see Jarvis...make sure to stop and say hello.
You can't miss him.
He is one of the most sparkly people in the city!
Smiles (and sparkles!),
Lora