“When you part from your friend, you grieve not;
For that which you love most in him may be clearer in his absence,
as the mountain to the climber is clearer from the plain.”
― Kahlil Gibran (The Prophet) 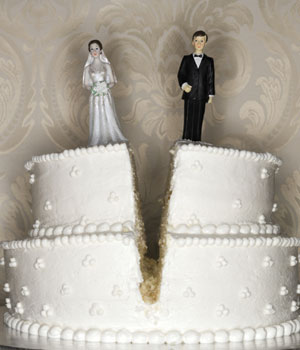 If you have been following, you will know by now that I separated from my husband last year.

It has been an incredibly difficult, trying time.

It was an amicable split. We get along quite well.

We are managing to co-parent our three boys as best that we can with minimal arguing.

So here's my question.

When I am referring to my husband - who is still technically my husband as we are not divorced (we are legally separated) - what do I CALL him?

I mean, to people I know and who know him - or at least know of him well enough - I simply refer to him by his name.


But to others...who don't necessarily know his name...is there are proper "label" to use (for lack of a better word)?

For some reason, I hate the term "Ex".

For example, if I were talking to an associate at the office who I don't know very well, and they asked me by the water cooler, "So what are you and you kids up to this weekend?"...how do I respond?

My go-to in a situation like this is to say "My kids are with their Dad this weekend", for example.

But in general conversation when I am referring to him..."my husband" sounds wrong as we are no longer together. "My soon-to-be-ex-husband" sounds wrong to me too. "My ex" does not sit well with me either. I just don't like the term. It's as if he has been "X"ed out of my life - which he hasn't.

"My boys' dad" seems to insinuate that perhaps we were never married at all.

So what do I say?

I would imagine and if and/or when we are actually divorced I will use "my former husband" or something like that.

But for now...things are still fresh. The situation is still raw and new.

Less than a year has passed since we decided to separate. And I was married to him for over 13 years before that and with him for 17 years.

I dunno. This is kind of a ramble...but it's just something that I fumble over.

With time...like many things...I am sure it with become clearer.