"What a sad era when it is easier to smash an atom than a prejudice."
- Albert Einstein I can't stay quiet on this anymore.
Is it a complex, multifaceted issue?
YES.
I would say of course that all lives matter...but that is not the point of Black Lives Matter.

What happened in Dallas or the Toronto Pride Parade (less serious obviously but related) - were not cool - I don't care who the minority group in question is.
HOWEVER - this does not change the fact that Black Lives Matter is a movement that I support. 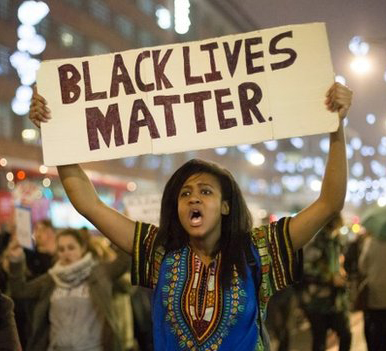 Is "Black Lives Matter" a confusing name for this movement? Apparently it is for some. Context in language is sometimes just that.
But has this controversy brought attention to their important issue?
Answer me that.
I would think so.
And I think it is good that people are having more conversations.

Just don't stop a parade and insist on police officers - many of them gay - from participating in said parade (my opinion) and certainly - and much more importantly - don't resort to violence - especially the horrible gun massacre that happened in Texas.

Do I make my point?

I understand (as much as I can as a white, Canadian woman), that police violence against people of colour is a serious issue not to be ignored and that there is a lot of very justified anger.

In short - what I understand Black Lives Matters' main message is, is that the racism - specifically between the police and people of colour in America - MUST STOP.
They are not saying that people of other races don't matter.
We just need to figure out a more peaceful way dealing with the root issues.

Sadly, with all that has gone on, this is a very convoluted matter and a sad commentary on bigotry in this world - especially in America - today. Gun violence and bigotry related to many minority groups are both alive and well - look at Orlando as another example.
It makes me angry and very sad.

And as much as we need to continue the conversations - what we really need is American Congress to step up and take some meaningful action because all this talk without doing anything means nothing.

And the optimist and perhaps idealist in me will end this post as I usually do, even though this is nothing to be happy about.
But I think it is obvious that our world needs positivity more than ever.